10 Adverts to inspire your creativity

Adverts are designed to get us to buy stuff, and oftentimes, you can smell a boring ad a mile off. It is usually exciting to find an Ad that entertains and leaves the brand’s mark on your mind.  Today we scoured the internet and found 10 Creative Adverts that blew our socks off and inspired us as well. It’s sure to be an exciting read as you point hidden messages and clues out. Let’s begin!

This is such a beautiful yet mind-blowing advert because of how simple it is. The KitKat bars have been used to form a pause button, reminding you to relax and have a KitKat. It’s the kind of ad that makes you pause and think about how good this chocolate is, isn’t it? *dodges slippers*

What is very beautiful about this ad is how much it says without saying anything at all. With just the image of the product, the essence of the brand and the nature of the product have been captured in one fell swoop. A product that can pull this off with ease will be “dodo”. It needs no introduction either, just greatness on a plate.

Figuring out the message in this design is quite the eye-opener *dodges second slippers*. Heineken gifts its customers an “aha” moment with this creative ad. Once you see the shape of the bottle, it becomes a discovery and you can’t unsee it.

It’s no surprise that Pepsi and Coca-Cola always take jabs at each other with their adverts. Their rivalry has given us some of the most hilarious and creative adverts in the past years. This ad (though fan-made) makes this list because of how creative and cheeky it is. Though I think a popular Nigerian drink would be the substitute for the coco-cola cloak. (read popular Nigerian brand as Bigi Cola). *tempting a lawsuit with this but we move*

Which do you think keeps you up better? coffee or the noise of the rooster crowing early in the morning? Nescafe uses symbolism to pass across its brand message with this ad. It feels nostalgic and brings back funny memories at the same time. What is a deadline if not Nescafe pumped worker persevering?

Adverts can sometimes have the life taken out of them when they are created merely with the aim to sell; Lego turns this around with this Ad. It feels warm and nostalgic, with the product being used to show how Lego blocks can be used to build anything if you would just imagine. Time to buy lego blocks and build me a stack of money 😭😭.

The beautiful thing about creative advertising is how you can pass a message on with the simplest things and still give your customers the pleasure of an “aha” moment. Seeing the Ad above, do you get it? Amazing isn’t it? 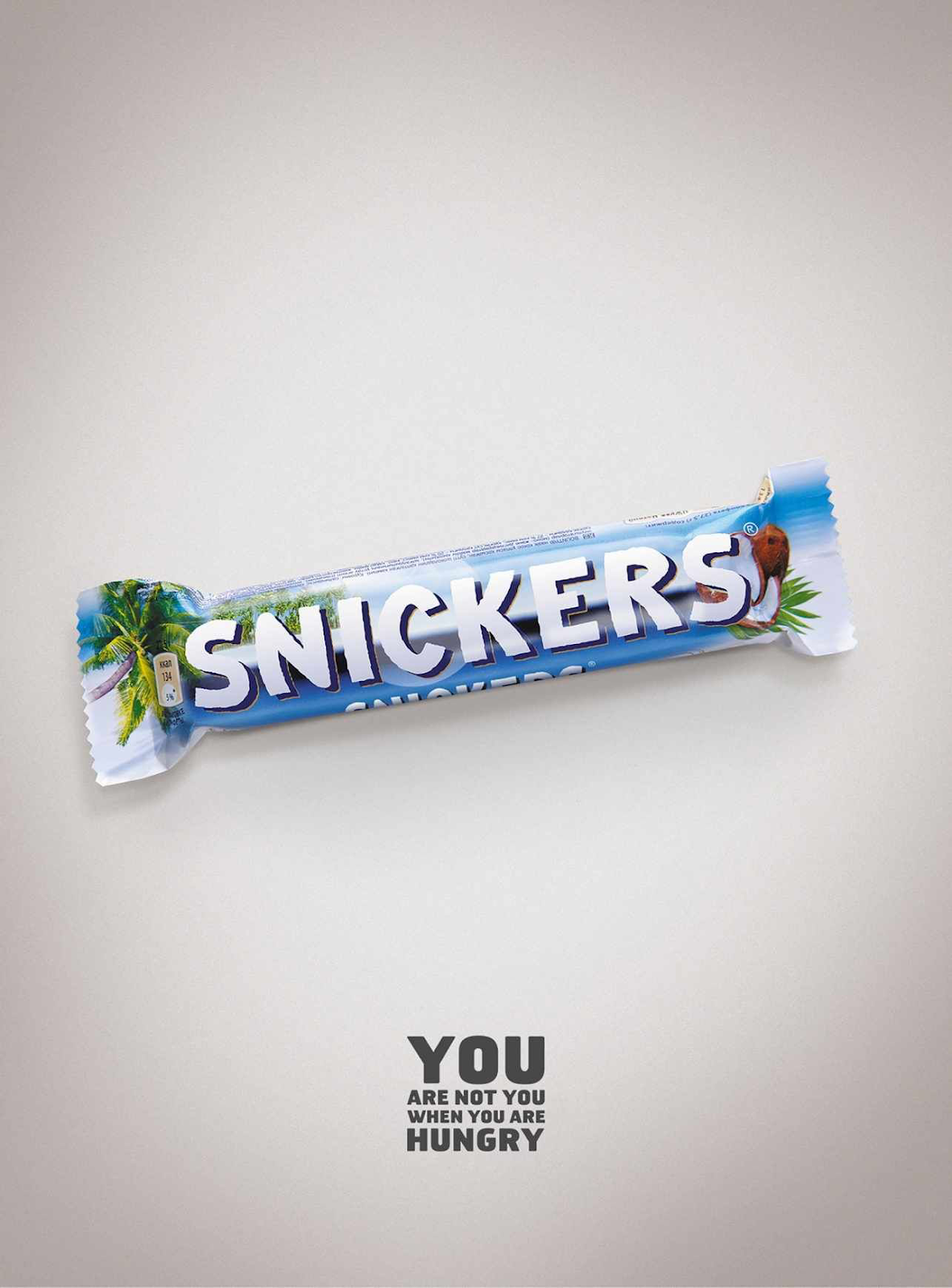 Huge sub, Bounty in the mud. Snickers’ major ad tagline “you’re not yourself when you’re hungry” is used in a cheeky way in this ad design. Bounty is always dragged for being subpar and this ad just adds fuel to the fire. In a world of creative adverts, I would be up for bounty banter anytime.

When Albert Einstein said creativity is just intelligence having fun, he was very right. The gift of discovering the mind of the art director for this advert is a joy. It often pays to keep your customers engaged with your ads. Simple yet creative is the way to keep your brand in their hearts.

Genius isn’t it? There really is no limit to what creativity can bring to life. Not sure if giving Mr. Pringles a shave wouldn’t affect the flavor of pringles but it makes for a pretty great ad

It’s obvious that many times the simplest ideas make the best ones. You don’t have to include every possible element or part of what you think will make the greatest idea. Go for the simple stuff. You probably don’t remember all the words in this article, but I’m sure you remember having the “aha” moment when you figured out the ads. Go for that feeling, aim to make the most with the least, and create amazing stuff while at it. We teach people how to do this every month at Toast Academy (clickable link). You get 10% off on your tuition fee if you click here

International Women's Day: An interview with 3 amazing women in business